As senior pastor at First Baptist North Augusta, Stephen Cutchins is responsible for an organization with a $4.4 million revenue stream with thousands of people involved with the organization as well as the largest weekday education program in South Carolina.

First Baptist Church of North Augusta exists to be a multi-generational, multi-ethnic, multi-site family of families engaging with God by building families, teaching the Bible, and loving our neighbors resulting in disciples making disciples.

Stephen has been on the team as a pastor at First Baptist since 2016 before moving into the role of senior pastor. He also is an author and adjunct professor at Fruitland Baptist Bible College in North Carolina.

Stephen attended a Michael Hyatt event in Nashville, Tennessee when he first heard about BELAY.

Through his connection and work with Michael Hyatt, he started to consider the possibility of working with BELAY. When his executive assistant announced her retirement, he was pushed to consider his next options.

He knew that he would have a small reach of candidates if he searched on his own, so he turned to BELAY to help him find someone.

Through the pandemic, their organization began to pivot to a more virtual environment, opening the door to working with a virtual assistant.

“COVID really allowed me to pivot our organization pretty dramatically,” Stephen admits. “Our threshold of ability to communicate in a digital environment determined our effectiveness of having [a virtual team member].”

“Stephen’s very intentional,” Tiffany remarks. “He has this idea of the end goal, and then he has these steps he implements slowly so that people can get on board.

“Six months in, when trust was built, we established a ‘Tiffany-first’ rule to get through to Stephen. That’s when the processes came into place to filter everything through [me first] so that he is not being pulled in different directions.”

After that boundary was in place, Tiffany was able to pick up on Stephen’s writing style and help save him time by drafting sermons and working with the graphics team.

“The fact that my calendar is being managed appropriately now has allowed me to be more available to my team,” Stephen says.

“He has blocked off more time with his family,” Tiffany adds. “We block off date nights with his daughters and his wife. He’s getting time back to reinvest it into his family, which for a pastor is hard sometimes.”

After they buy Tiffany out of her contract, Stephen and First Baptist North Augusta will be turning back to BELAY to hire a bookkeeper or another virtual assistant with bookkeeping abilities.

A big win for Stephen has been him being able to onboard Tiffany in enough time to take a month-long sabbatical this summer. He has also noticed more margin in his calendar.

“I’ve been able to delegate better to the team secondarily,” Stephen says. “Instead of having to go to a person on my team and tell them what I want done, I can tell Tiffany and she can tell them.

“Tiffany brings a lot of good writing skills to the equation, too. She has a good eye for graphics, but she also has good language skills.

They have also been able to upgrade the communication and outreach in their organization.

“We regularly posted the blogs, we’ve created original content on a weekly basis for presentation, and our social media presence has gone up significantly — in quantity and quality,” Stephen notes.

“The level of communication in our organization has become much more aligned.”

After a year-long engagement, Tiffany and Stephen have both identified wins for them that will carry them through bringing her onto the team full time.

“I have been blessed by being teamed up with Stephen and his team,” Tiffany says. “Even though there was a bit of hesitation in the beginning — because it’s a new person and she’s always behind a screen and you can’t make that personal connection — they have connected with me, and I feel like they’ve accepted this kind of process.”

“For me, [this engagement] has extended the longevity of my ministry at the church, and made it a little bit more fun,” Stephen says. 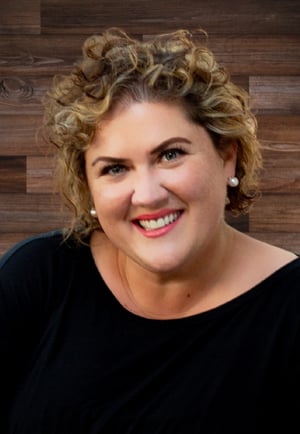