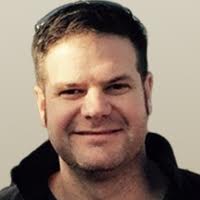 Knapp Business Solutions is a family-owned firm that employs professionals with more than 100 years of collective experience, including those enrolled to practice before the IRS. The team partners with hundreds of clients worldwide from its 5,000-square-foot office in Amarillo, Texas. Throughout the decades, the trusted professionals at KBS have valued their clients’ bookkeeping, payroll and income tax needs and helped transform their businesses.

Since 1994, Knapp Business Solutions, Inc., has been a family-owned firm and Nick Knapp trusted his co-workers fully – as in keys-to-his-house trust.

Then again, they were family.

So when the business continued to grow, so did the number of tasks and unread email threads in his inbox. And as a husband and father of a one-year-old, Nick was constantly faced with missing bedtime, something he cherished.

Something needed to change.

But delegation wasn’t his problem.

As he worked through his tasks, and those that he delegated to his team, he realized that all their plates were full, too.

He was the lid on his own business.

It was time to find help – but how could he find help that he could trust like family?

He decided to give BELAY a try.

Within a few weeks, he had a new BELAY VA, Cindy, and an inbox that slimmed down “…from several thousand untouched emails to about 40.”

The relief was almost instantaneous, and he knew he had made the right decision.

The first few meetings, he would screenshare his inbox with Cindy via Zoom, and he quickly learned that she was competent and could be trusted. He could let go.

“I could spend hours dealing with my inbox or I could work on the company,” Nick says. “Why force myself to do something that I hate that is not anywhere close to what I need to be doing?”

After giving his VA the reins to his email, he knew he’d never be able to go back. Not only was he able to see only the emails he needed to see, but she was now responding better to those that were formerly either buried or given a rushed – and stressed – response.

Now with breathing room, Nick was able to focus his energy on being strategic with the business.

But then life threw Nick a curveball – as it so often does – as six months into their partnership, his VA was given a full-time opportunity with another client. Nick was happy for her, but worried that all the progress they’d made would be lost.

Much to his relief, she had taken incredibly detailed notes on his preferences, processes, and more – and even trained his new VA, Diane.

“It was probably the easiest transition I could have imagined,” he says.

Within a month of having a BELAY VA, Nick’s family and staff could see a difference. And because his VAs were both proactive, he was able to be proactive.

“I didn’t have this nagging in the back of my head,” Nick shares. “I used to need to sit down and take a weekend to deal with my inbox or deal with all these other things.

“Now, my response to the actual emails I have to deal with are so fast because I only have to deal with a very small subset and everything else she handles for me. People love the fact that I’m super responsive, and for my family, it has made a huge difference.”

His inbox – and stress – were minimized, and his limitations recognized. Diane jumped in at every opportunity to take things off his plate, and to the finest detail, completed with the care that was due.

The spreadsheets that used to steal all his time? “That’s Diane’s world,” Nick says.

Now, his attention could focus on what truly matters, like being home in time to tuck in his one-year-old.

“That was something that happened really, really quick,” he adds. “Within a month, I had enough stuff off my plate that I was able to meet my goal of being home by 5:30 p.m. – that’s been absolutely huge.”