Dave Rodriguez is a Chick-fil-A restaurant operator in California. This area of the country does not have a Chick-fil-A on every corner, and the high-quality service they are known for is something the area of Rialto values.

After relocating to California from Texas and opening the Chick-fil-A franchise, Dave recognized that he had a great team of employees but no leadership team in place yet.

He also needed to obtain an understanding in the quick-service restaurant industry in California.

“We found really good help, but they needed leadership training, personality assessments, and understanding of themselves and their leadership styles,” Dave says. “I knew that I needed help with that.”

Dave was working with Michael Hyatt who recommended he hire a virtual assistant.

“Most of our items are so asset-intensive, real-estate-intensive, guest-intensive, and everyone — from our perception — has to be in person,” Dave reflects. “So initially, I didn’t know where to start or how to cast vision [to a virtual assistant].”

And that’s when BELAY VA Amy Cates came onto the scene.

“We started with email and realized there was so much to gain just from doing that,” Dave recalls. “Something as small as email, that seemed insurmountable, became something I actually felt like there was a hope of managing and getting ahead of.”

“Over time [this] started to take pressure off and helped me to realize there’s actually a way to make this happen.”

Dave and Amy have worked together to tackle so much more than email management.

Amy has been able to step in and automate a lot of systems such as reports, accounting, and hiring processes, as well as helping with process map and leadership team meetings.

“Streamlining all of this has helped our HR process even more,” Dave says. “That was not Amy’s original goal, but we got there because we realized Amy is really strong in those areas.”

“Our numbers are up, our process is up, and I feel like we have better quality of hires, but that’s not why I even called Amy. It was just an added benefit of bringing her on.”

Dave jokingly added that since working with Amy, he has gained many more hours of sleep.

“You just can’t do it all as a leader,” Dave says. “You have to rely on existing processes. We’ve predefined responsibilities, authorities and process flow. We have blocked, protected time.”

“I’ve gained so much in terms of saving time, saving automation, and I feel like I can see more clearly as a leader. I have the time to look forward where before it was reactionary because there are so many inbounds coming to you as a leader.”

Moving into the second year of their engagement, Amy and Dave are both excited to see continued growth now that they have systems in place.

“The win for me has been seeing the team — from Dave to the members of the leadership team — being able to look at what they do differently and see the opportunities for automation or coaching or improvement in different ways that empower them,” Amy notes.

“For me it’s always the people aspect of it. You can change and improve things all day but if it’s not better for the people you’re working with, it’s not quite as effective.” 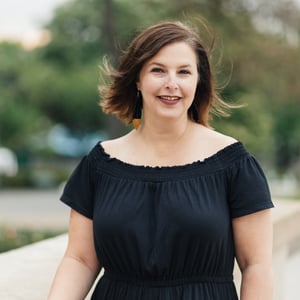